Just a few words about us. We are Jenny & Marina, sisters with life-long experience of sighthounds.

Jenny got her first whippet in 1980, ”Tipi”. Tipi was white and gray male,  Bardi of Streamline (Fin N Ch Colts Crown-Point – Ch Salla of Streamline). He was bred by Tuulikki Stöckell. Tipi was chosen by Jenny, and he was such a gentleman throughout his life. Tipi passed in May 1994, almost 14 years old. 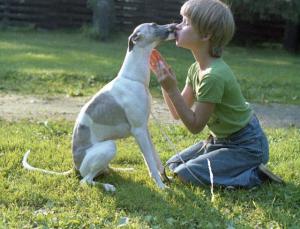 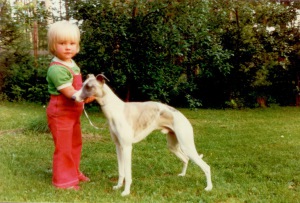 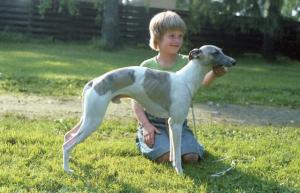 Our second whippet joined the family in 1983 when our mother came home from a judging trip witha a surprise puppy.  Woodbrook´s Hurricane, ”Otto”(Ch Woodbrooks Feeler – Int Nord Ch Nevedith Ring Dove), was bred by Unto Timonen.  He became Finnish champion and sired 3 litters.  Two of them in kennel Woodbrooks 1985 & 1989, and one for kennel Zootsuits in 1996).

Otto was dark brindle male with white trim.  Jenny won Junior Handler championship in 1986 with him. Otto lived  also to be almost 14 years old, and passed in October 1997. 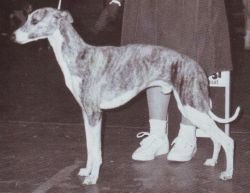 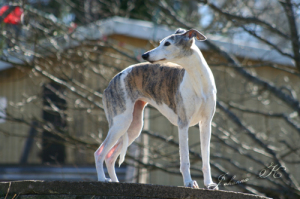 In 1995 Marina finally got her first own whippet,  Zootsuits Hot Reactions (Ch Zootsuits Chosen Cottons – Ch Metsänreunan Keisarinna), Iida.  Iida was bred by Ari Auvinen, and she was brindle with white female.  Iida was quite tall for a female, and was shown only sparingly. Iida won BOB, and had 2 CC’ s.  She had one litter in 1996  when she had a secret love affair with Otto who was at that time already almost 13 years old.   This was Zootsuits ”K” litter, and one girl stayed with Marina, two males with Jenny and another male stayed with our mother and father from that litter.  Iida died in  April 2010. 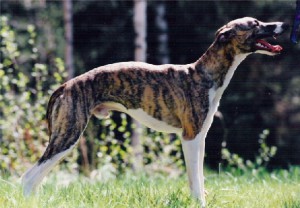 Zootsuits Knock-Outs, Nappi lived whit our parents. He was fawn with white trim. Nappi died in 2012. 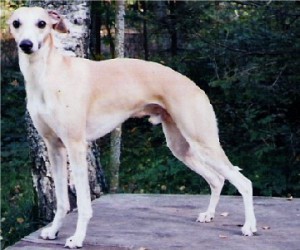 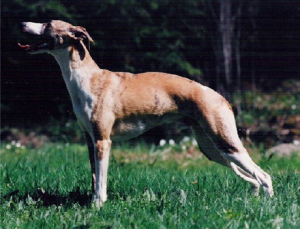 In August 1998, we had the opportunity to have a male and a female from kennel Woodbrooks. Yushi, Woodbrooks Fire In The Sky moved to live to our mother and father and Saaga, Woodbrooks Eyewitness lived with Marina.  Yushi was brindle with white trim, and was 50cm tall. He was Fi Lt Lv Ch, Balt-W-01 and sired one litter in kennel Woodbrooks in 2002.  Yushi died in 2013 , being 15,5 years old. Saaga was fawn with white, and was Fi Est Ch. Saaga was planned to be our f0undation bitch for breeding in Sagramour kennel, but unfortunately we were not able to breed her. So our first litter had still to wait.  Saaga died in September 2012. 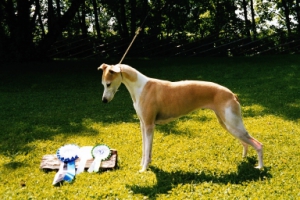 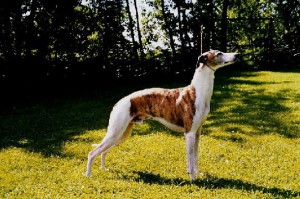 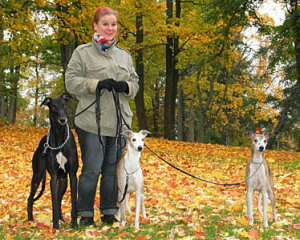 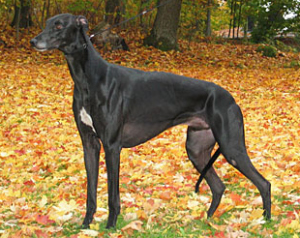 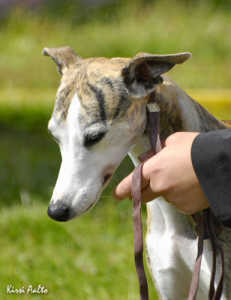 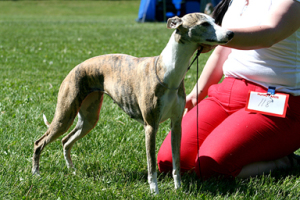 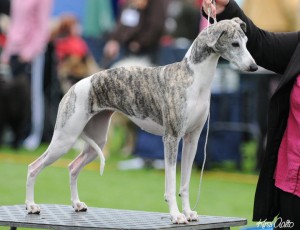 In 2007 we imported Endeavor of Spellbound (S N Ch, SW-02 Wolftone Viking – Am Ch Endeavor´s Wish Upon a Starline) ,  Kiira from USA.  She is the mother of our 4th litter in 2012, and is co-owned with Ansku Arboix.

Lenni needed a friend since he was now alone when Nasu died in December 2007.  In January 2008 Jenny got Penny, a retired racing greyhound. Penny came from a greyhound rescue organisation and she is a black female, born in 2003.

In 2013 along came Amy, possibly a whippet – saluki mix. She came also from the rescue organisation. Amy is born in 2012. 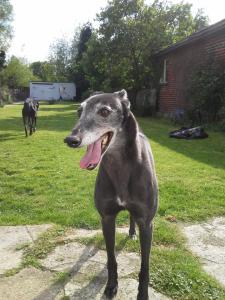 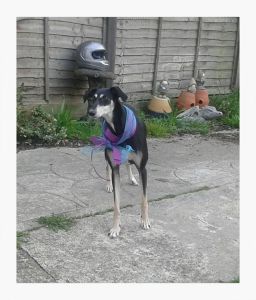 2011 we got two more additions in our family;  Lancar Dream Double Delight (Courtborne Don´t Be Cruel – Amber Sand Lancar Keyzer) ”Maggie” and C´mere La Sagramour (Leyendas Spongebobsquarepants – Pipsqueak Lovely Whipster) ”Joy”. Maggie is bred by Oksana Romanenkova, Latvia  and Joy is bred by Kirsi  & Pia Mannila.  Maggie and Joy have been shown only few times, but will enter the rings in the future. 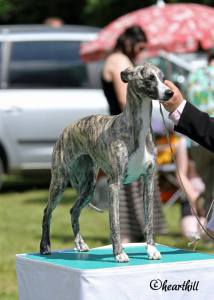 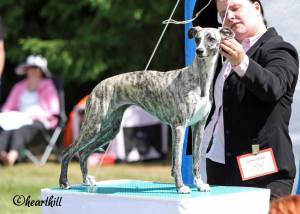 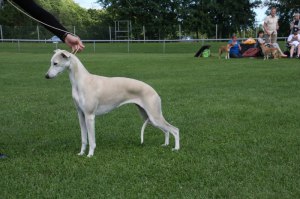 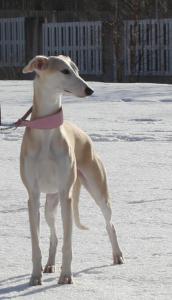 Now, in October 2014 we have bred 6 litters. You can find more of the litters and our own dogs with details on their own pages.

We aim to breed healthy whippets with excellent temperaments staying true to the breed type with international bloodlines.